Northeasterly View of the Castle

Some seven paintings were made of Muiderslot castle in the 17th century. Out of four paintings in the castle’s own collection, the work by Gerrit Berkheyde (1638-1689) is the absolute highlight. Berckheyde was the leading cityscape painter of the 17th century. One of his most famous works is the Golden Bend (Gouden Bocht) in the Herengracht canal in Amsterdam, which is part of the Rijksmuseum’s collection. Berckheyde painted Muiderslot castle on a sunny day from a northeasterly direction, drawing the viewer into the painting via an opening between three trees. Light falls onto the castle on the gate side, with the orange hue in the background showing us it is early in the day. Life at the castle is in full swing. Three fishermen are busy in and around the moat in the foreground. Two of them draw in a net, while a third is working on another net from his boat. Two elegantly dressed gentlemen with a hunting dog watch their activity. One of them might be the lord of the castle. To the left in the background is a sixth person, washing up or doing the laundry in the moat. A golden place. 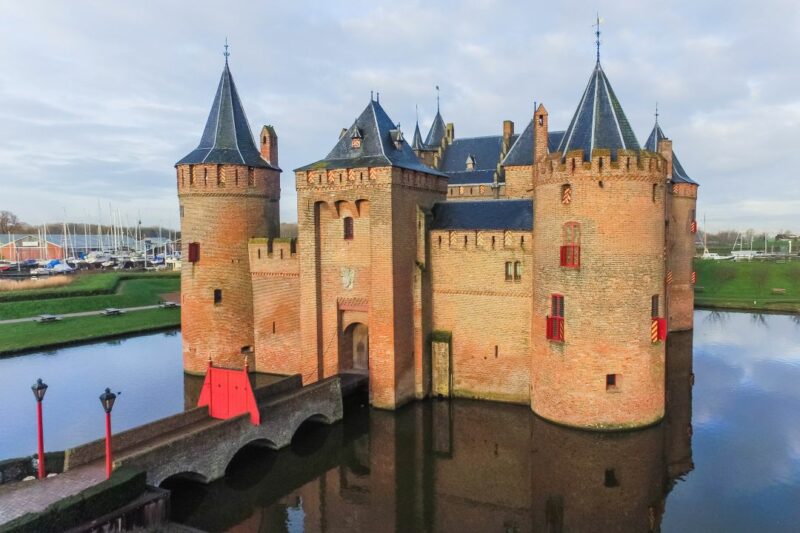 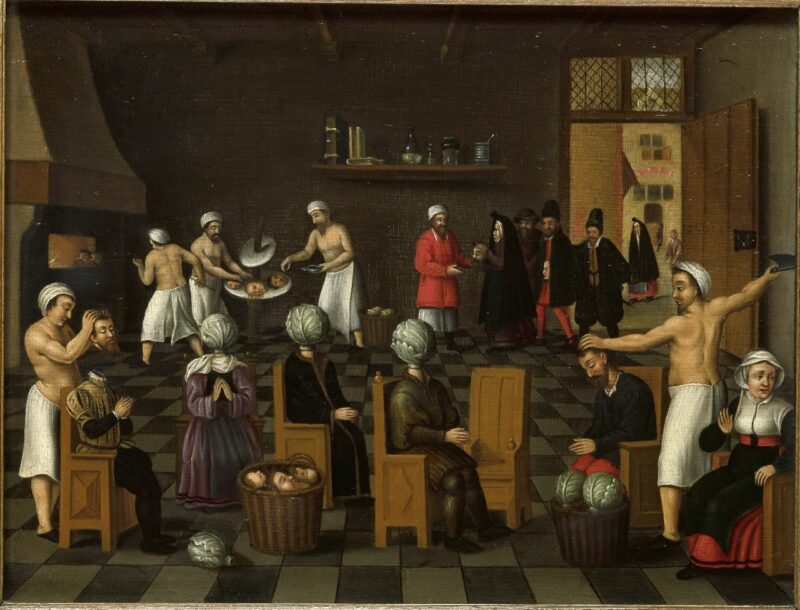 Painting of the castle